An hour’s ferry ride from Tenerife, rife with lager-chugging, sunburnt Brits, lies the natural wonderland of La Gomera. We fuss-free-flew with Monarch Airlines from London Luton to Tenerife Sur (4.5 hours), and on the short bus ride from the airport to the port of Los Cristianos, you’ll be adorned with billboards selling the latest Whopper incarnation or oriental-themed water parks.

Debunking the Fred Olsen ferry at San Sebastián de la Gomera, a world away, we hopped on a 75 minute bus to our Airbnb rural house in Vallehermoso, twirling around windy mountain roads on the ascent quietly engulfed by lush green peaks, climbing above the island’s rolling mist. Just 25km from East to West and 22km North to South, it is one of the smaller Islas Canarias, imbued with an unpretentious, untouched spirit. Embedded in the middle of this veritable gem of the archipelago is its emerald, laurel-coated jewel – Parque Nacional de Garojanay, the central peak at nearly 5,000ft (1,484m), and from it the steep barrancos radiate dramatically to the sea.

Covering 10% of the island (around 4,000 hectares), this protected national park & beyond has hundreds of treks, spanning the dirt tracks of dense, dark laurel forests to the rocky trails of craggy, misty peaks to zig-zagging coastal paths & wild flower-littered palm groves. With such an array of natural beauty & biodiversity, it really is a sweaty pleasure to explore the island in stupor, often in complete isolation bar the whispers of wind-caressed palms. Pack solid walking shoes and a coat for your visit, as temperatures are moderate and rain frequent, especially when higher up in Garojanay. 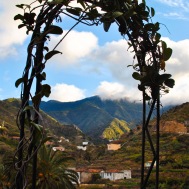 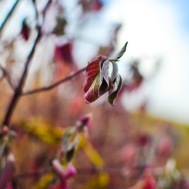 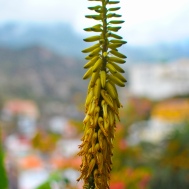 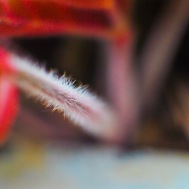 The video below shows the path down to our rustic house in Vallehermoso, weaving through plantain fields then a flower-lined pathway. I’ve seen lots of La Gomera travel guides recommending stays in the capital city of San Sebastián, at Playa de Santiago or in Valle Gran Rey. Vallehermoso is honestly a slice of paradise, and it seemed as though very few tourists make it to the North West of the island to actually stay.

Trekking in La Gomera – day one

The first trek we embarked upon looped from our Airbnb, north along a valley’s ravine, occasionally snooping into surrounding palm groves, to Playa de Vallehermoso. There lies the captivating Castillo del Mar, a former banana loading station and more recently an abandoned restaurant). Then we headed straight up the coastal cliff trail next to the black sand beach, towards Tamargada, the Atlantic Ocean draped on one side, encompassing tiny enclaves amidst palm trees & undulating paths.

This trek totalled 6 hours & about 10km, with some playtime around the abandoned castle & almost continual shooting. 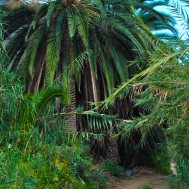 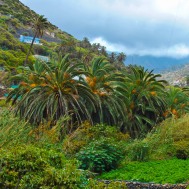 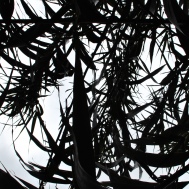 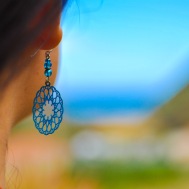 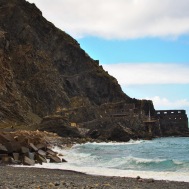 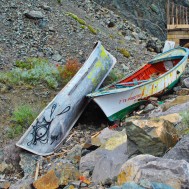 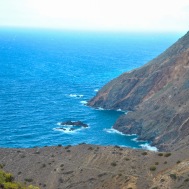 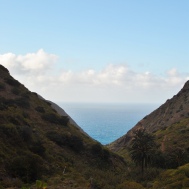 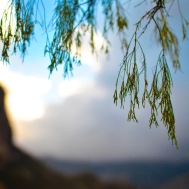 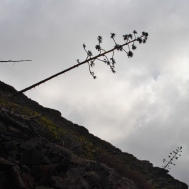 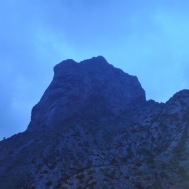 Day two’s trek saw us take an 8am bus from the plaza in Vallehermoso (irregular bus service on a Sunday meant an early-ish start), jumping off just after Hermigua, at a place called El Convento (there’s a cultural centre by a similar name). Generally you can get off anywhere you wish, if the road allows & you ask nicely. We used maps.me app to help get around, which allows a GPS-enabled offline map & impressively all the trails were there. From here, 9am, we scaled some steps and followed the road up a meandering valley, romping 2 hours up to El Cedro atop the mountain. The highest waterfall in the national park is your backdrop on this tough 5km trek climbing around 700 vertical metres, the luscious flora and increasingly epic views making it so worthwhile. Having scaled the ascent, we stopped for a well-earned refuel at La Vista campsite in El Cedro. Here the clouds sweep up from the valley like a gravity-less mist river.

Heading deeper up the valley | iPhone

Continuing from El Cedro, we entered the national park, and chose to follow the trail towards the highest point of the island, Alto de Garojanay.

As you walk, the forest grows denser around you, trees become more grandiose, spiralling trunks & hauntingly twisted branches carpeted in thick moss, a forest born of fairytales. The landscape is reminiscent of Eyvind Earle’s paintings (1916-2000), an artist who created the backgrounds for Disney’s 1959 Sleeping Beauty (image above Steep Hillside). The impenetrable laurel, rainforest-like canopy above eerily darkens the path ahead, as the old trees around you creak & moan under their own weight. We wound our way up to El Contadero, climbing a further 400 vertical metres over another 5km or so. We were pretty beat by this point, so hitchhiked & taxied our way back to Vallehermoso for some wine & jamon. There’s a car park at El Contadero & you can choose to walk a circular route to El Cedro & back, checking Alto de Garojanay for good measure. 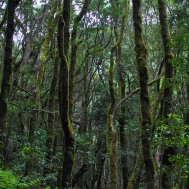 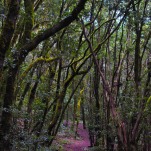 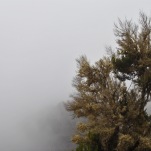 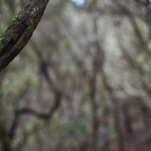 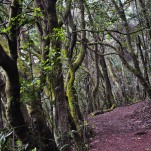 On our final day, we decided to take it easy in the morning & have a slow breakfast. After a welcome midday nap, we awoke to try a trailrun, starting nearby in Vallehermoso heading towards Arguamul before looping back to Vallehermoso. The initial 3-4km climbed nearly 500 vertical metres up craggy rock, and it was a real goddamn slog.

It flattened out after 5km, taking in stunning coastal views, the occasional onslaught of sweeping mist cloaking you in an opaque, eerie fog and blinding the path ahead.

One minute you can be running in warm sunshine, the next immersed in dense, cool mist.

Overall, including a fair few pauses for shooting & timelapse videos, the thoroughly-recommended 12km loop took around 90 minutes. We encountered no-one else on this whole route. It was justifiably followed up with a 4 hour graze at the local tapas restaurant Casa Conrado, including morcillas (black pudding-esque sausage) & croquetas de pescado (fish croquettes) & 2 litres of astonishingly good-value, homemade red wine (€4 per half a litre). 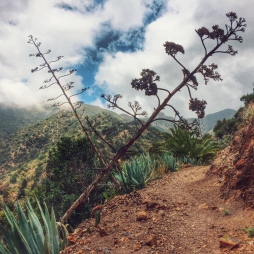 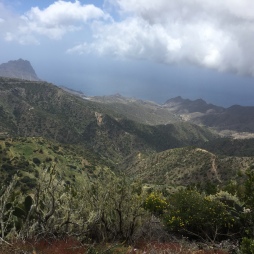 What are you waiting for?

know what you want? 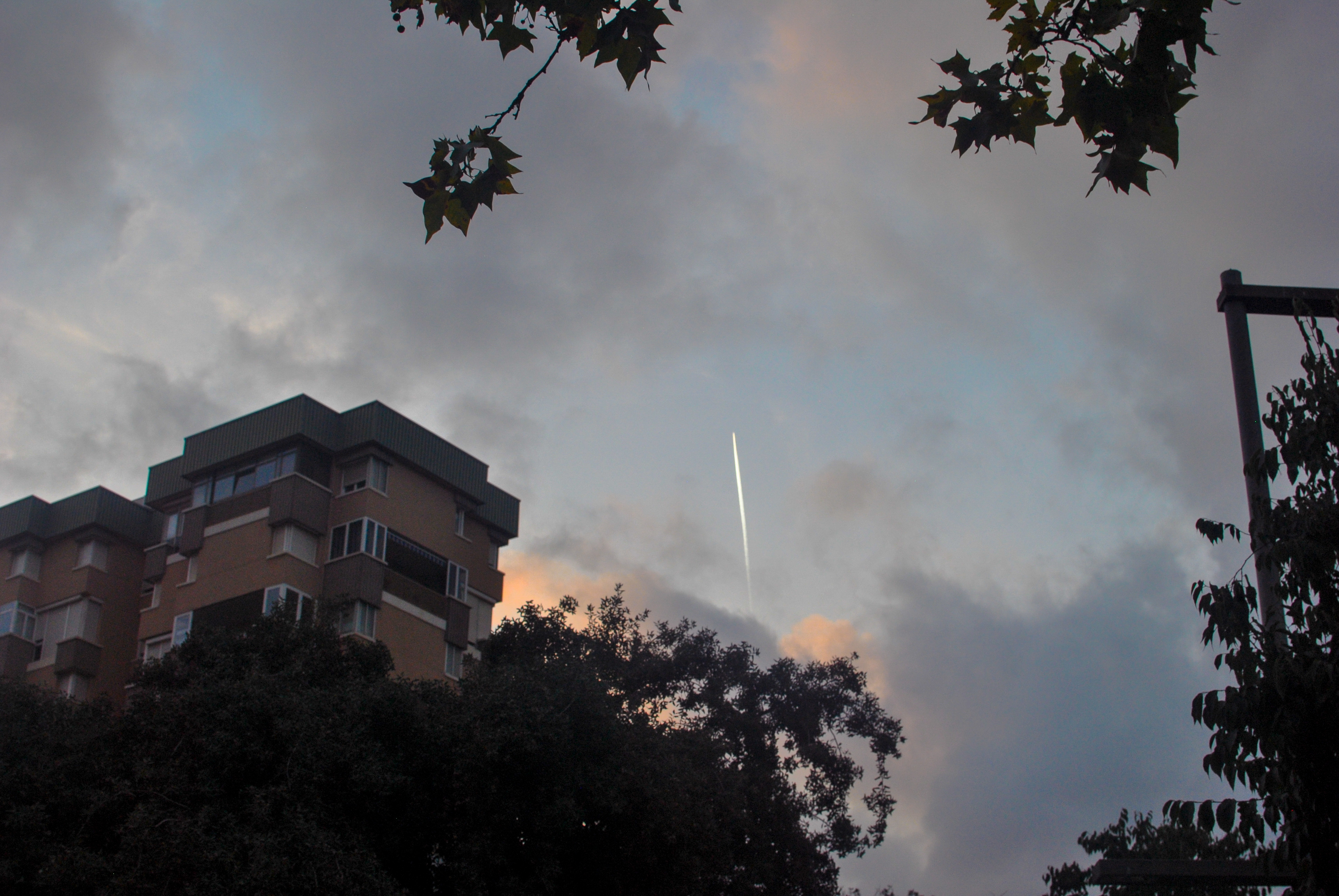